Below you can find more information about our UI & UX Designing

User Interaction(UI) & User  Experience(UX) are not one and the same thing like many others believe. Our team of Designers  think of them like a couple who go hand in hand on your application to form the first impression. As you want your design to centre around the user’s feelings and emotions when he arrives on your site. Not just what he is feeling externally (more on that later), but what emotions you want your site to convey to him and/or to make him feel. UI & UX together can get this done for you.
User Interaction (UI) :-
User interface design requires a good understanding of user needs. There are several phases and processes in the user interface design, some of which are more demanded upon than others, depending on the project & the goal its built with. Hence our team analyze the potential users of the system either through discussion with people who work with the users and/or the potential users themselves & how much it appeals to themselves as a general user.
User Experience (UX)  :-
User experience is any aspect of a person’s interaction with a given IT system, including the interface, graphics, industrial design, physical interaction. The user experience is largely based on the first impression made by the system when the user visits or uses the application. Hence very little time is  available to make the first ever lasting impression. Hence our team understand the target audience in detail before they start the work on the design elements.
At ReInvent we carry out a simple process to deliver the best UI & UX deigns by answering the below questions :-
Once we understand we develop the following :-
1 Development of the process and/or information flow of the system.
2 Prototyping – development of wireframes,  either in the form of paper prototypes or simple interactive screens. These prototypes are stripped of all look & feel elements and most content in order to concentrate on the interface.
3 Usability inspection – letting an evaluator inspect a user interface. This is generally considered to be cheaper to implement than usability testing– testing of the prototypes on an actual user where you ask the user to talk about their thoughts during the experience.
4 Graphic interface design – actual look and feel design of the final graphical user interface (GUI). It may be based on the findings developed during the usability testing if usability is unpredictable, or based on communication objectives and styles that would appeal to the user. In rare cases, the graphics may drive the prototyping, depending on the importance of visual form versus function.

If the interface requires multiple skins, there may be multiple interface designs for one control panel, functional feature or widget. This phase is often a collaborative effort between a graphic designer and a user interface designer, or handled by one who is proficient in both disciplines. 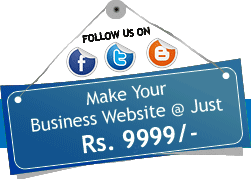